Will Timo Werner by given time to turn his Cheslea career around?

As we move towards the final stages of the season, it has been far from a dream debut campaign for Timo Werner at Chelsea, following his high profile move from RB Leipzig last year.

Clubs across Europe were after the prolific German striker including Premier League champions Liverpool, but he chose Stamford Bridge as his destination. Werner came with a substantial price tag - but also a reputation as a deadly finisher with pace to burn having scored 78 times in 127 appearances in the Bundesliga for his former side.

However, Werner has failed to live up to the hype since his arrival in London, scoring only 10 times so far, with just five coming in 28 Premier League appearances.

For strikers, confidence is key. Werner now looks like a player with none at all. This was further highlighted by an astonishing miss for Germany in their shock defeat to North Macedonia in World Cup qualifying.

One league goal since November tells you all you need to know about Werner’s form for the Blues in recent months, but manager Thomas Tuchel has continued to show his faith in him, with Werner completing ninety minutes in six of Chelsea's last nine games.

Despite this, will the German be given the luxury of time at Chelsea?

During the Roman Abramovich area, the club has brought in a number of high profile strikers. Only a couple being given time to make the main striker's role their own.

This season, Werner's position isn’t under threat at Chelsea with Tammy Abraham and veteran Olivier Giroud his main competition. However, depending on how the season finishes they might look to bring someone else in over the summer. 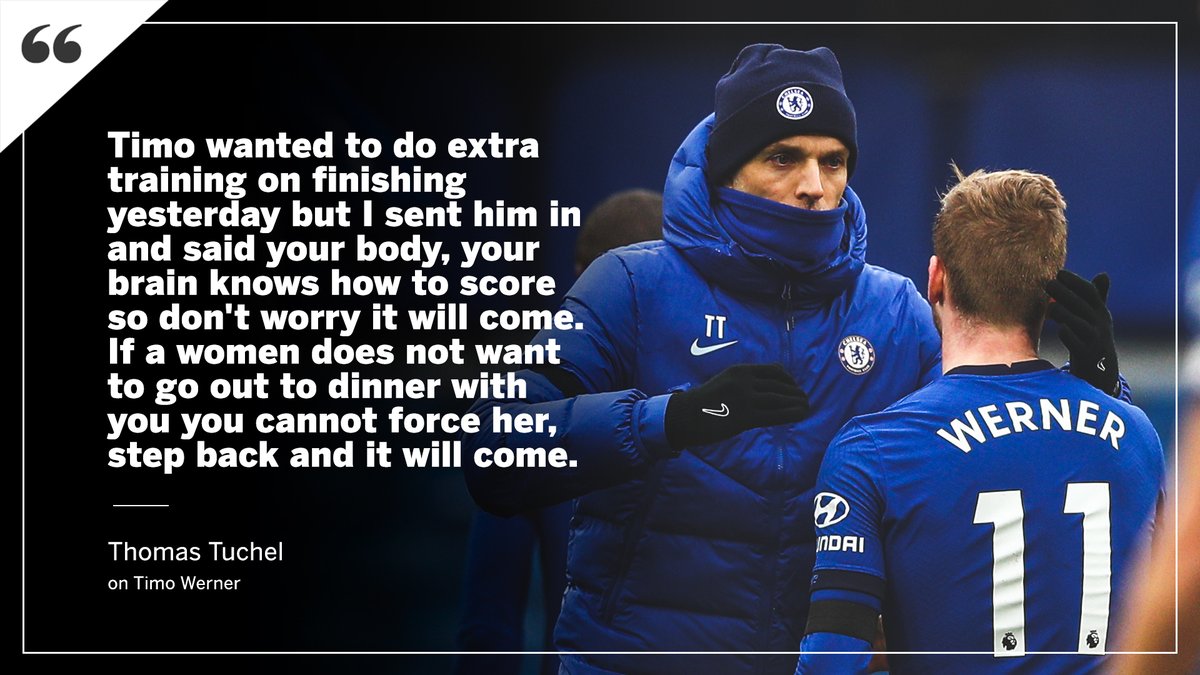 In recent weeks rumours have circled that Chelsea are the front runners to sign one of the worlds most wanted players, Erling Haaland, from Borussia Dortmund.

Abramovich has a history of being able to sign the big-name players he goes after and if Haaland does make the move to Stamford Bridge, it'd be a huge blow for Werner.

Tuchel has dismissed talk that the German striker could be sold or even traded as part of a move for the Norwegian, but it would certainly put him at number two in the striking pecking order. If Haaland did join, Werner may be pushed into a wider role to accommodate the 20-year-old; but his long term future at the club would be up for debate.

While it might not change the clubs' approach to signing Haaland, the next two months are vital for Werner’s career.

Chelsea are in decent position to finish in the top four and are still challenging for two trophies. In the semi-finals of the FA Cup, Chelsea face favourites Manchester City while in the Champions League, they have an unexpected chance at a second crown with a quarter-final tie against Porto.

Tuchel has banned Werner from extra finishing practice since his return from national duty, believing his confidence will return if he scores. If he does regain some form the former RB Leipzig star is capable of going on a run as he has shown over the last three seasons. Let's face it, his ability will not have disappeared overnight.

As of yet, his Chelsea career isn’t over but the next two months could go a long way to deciding it. If Werner does start firing he could potentially lead his side to two trophies and at the same time make those at the top think twice about bringing somebody else in up top.