Does signing Wissam Ben Yedder mean AS Monaco are ready to challenge in Ligue 1?

AS Monaco remains a team in transition. After enduring an unexpected relegation dogfight last term, the principality club aims to return to reckoning in Ligue 1. Being a selling side certainly has its consequences. That accounts for why Monaco has seemingly fallen from grace. From challenging Paris Saint-Germain for the league title and fighting for trophies on the continent, last season was a real struggle for survival.

As is usually the case, changes were made in the dugout. Thierry Henry was brought in to replace the long-serving Leonardo Jardim. It was the Frenchman's first job as a manager. For a man whose earlier experience in the dugout had been assisting Roberto Martinez in the Belgium national team, it was a big ask to come in and turn around the fortunes of a struggling team in a tough league.

The Arsenal legend soon found out there is a big difference between performance on the pitch and in the dugout. His best efforts didn't change the state of things. In fact, with him in charge, relegation was looking more and more likely. Drastic action had to be taken to remedy the situation. And so after just three months on the job, he was fired. Jardim returned to guide the team to safety.

The key decision-makers at the club breathed a sigh of relief. But they had caused the situation in the first place... Vice president Vadim Vasilyev admitted as much stating after Henry's dismissal:

"We have to acknowledge that during the summer transfer window, we sold too many key players and, despite considerable investments, mistakes were made with respect to their replacement."

Vasilyev was actually understating the fact. The principality club has been a sort of a feeder team to some top European sides in recent times. The likes of Anthony Martial, James Rodriguez, Tiemoue Bakayoko, Benjamin Mendy, Bernardo Silva, and Kylian Mbappe have all left the club for bigger sides in the last several years. More recently, Thomas Lemar, Youri Tilemans and World Cup winner Djibril Sidibe moved to Atletico Madrid, Leicester City and Everton respectively. 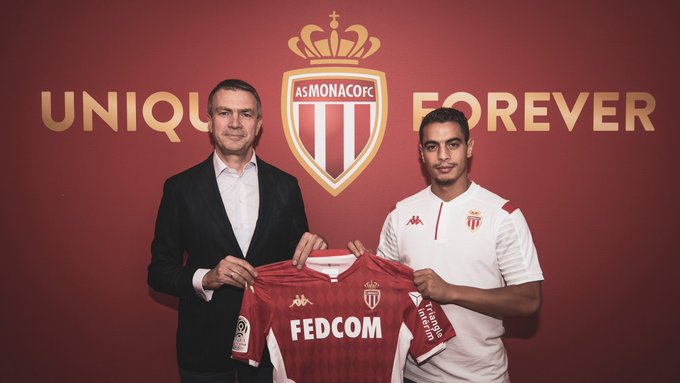 That has left the team in need of reinforcements. Cesc Fabregas was one of the big name arrivals last term. But the former Chelsea man is yet to make any noticeable difference in the team. For a club used to fighting for the title or at least a Champions League spot, last season witnessed a fight to even stay in the top flight.

In what was expected to be the end of a nightmare when the campaign ended with survival, the team began this campaign where it left off. A 3-0 thrashing by Lyon set the alarm bells ringing. The fact that this defeat happened at home called for urgent action.

It's not surprising then that the club hierarchy has swung into action with new acquisitions. Young Nigerian hot-shot Henry Onyekuru has been secured from Everton to provide much-needed goals. But as if to be doubly sure the problem is fully solved, experienced French striker Wissam Ben Yedder is the latest addition to the team's attack.

The 29-year-old has led the line for Sevilla in the last three seasons. He enjoyed a very good run in the side last term scoring 18 times and setting up another nine goals in La Liga. Having also played in Ligue 1 for Toulouse, he comes loaded with experience in the division. That will make it easy to hit the ground running.

But will that be enough to help the team find its feet again?

The biggest problem facing the eight-time Ligue 1 winners is the solidity or lack thereof at the back. It's instructive that the team conceded three goals without reply on the opening weekend of the new campaign. It reveals the fact that the defence needs shoring up.

With reports emerging that the club hierarchy is pursuing a deal for Juventus centre-back Daniele Rugani amongst others, that could go a long way to solve the problem. Yet, the way back to the top is still far off. Qualification for Champions League will still prove difficult. A top ten finish will be a realistic goal.