How will Wolves spend their summer?

After a great season to finish seventh in the Premier League, Wolverhampton Wanderers expects to continue on that bright note in the new campaign. To achieve it, Wolves must have a good transfer plan this summer. They've been quiet as of yet. That shouldn't cause too much concern, though. The most important thing right now is to retain their key players. Losing talents such as Ruben Neves and Raul Jimenez would have a far longer-lasting effect than what any new arrival would have.

It's also imperative that Nuno Espirito Santo stays at the club. Wolves need him in order to continue progressing. The Portuguese was one of the Premier League's top-performing managers this past season. After topping the Championship in his debut campaign in England, he bought smartly in the transfer window and put together an exciting team. Successful, too. European football is now on the horizon for the Molineux faithful.

Nuno has to ensure the bulk of his squad stays put. That would provide stability as well as help to push for the top six next season. A few new bodies to add further squad depth will make Wolves even more competitive.

Most importantly, a striker is needed. Diogo Jota and Jimenez have both performed exceptionally. They require additional back up in case of injury. Wolves are reportedly tracking Angers frontman Stephane Bahoken. The Cameroonian was a shining light in Ligue 1 this past campaign, netting 11 goals in 31 starts. His form has alerted other English clubs, including Leicester City and Aston Villa. Nuno will be counting on the promise of European football to lure the 27-year-old to Molineux. 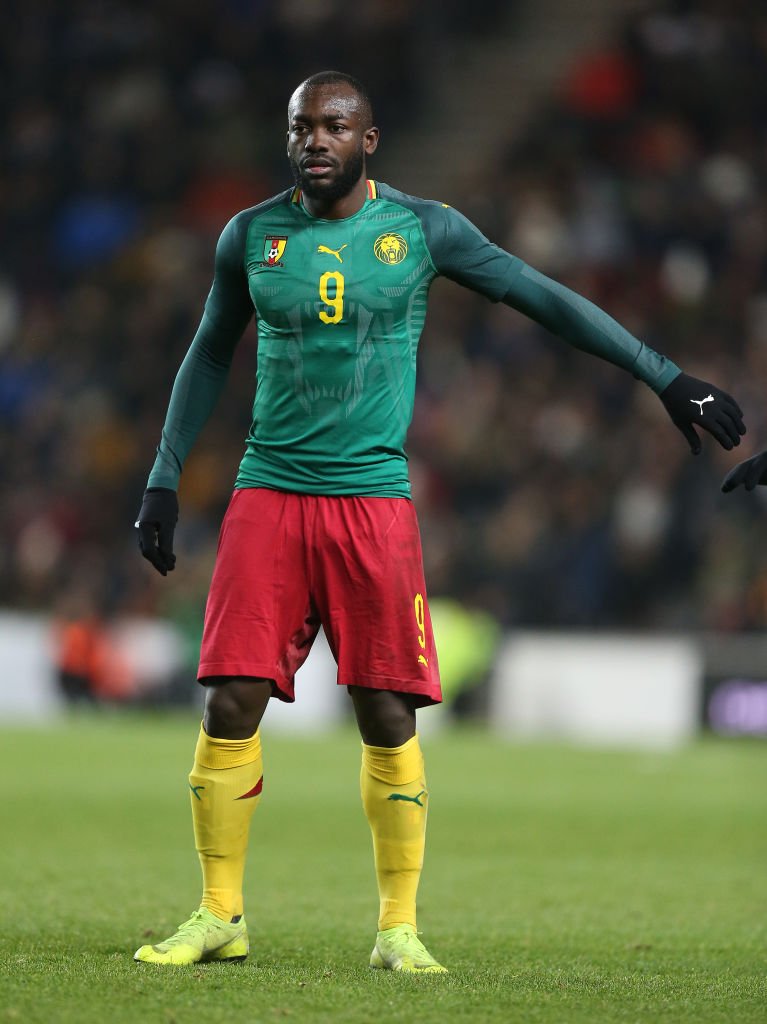 The 27-year-old scored 11 goals in 32 appearances last season and is currently in Egypt representing Cameroon in #AFCON.

Bahoken is valued at £7.2 million, per Transfermarkt. If Wolves are serious about signing him, they can go a lot higher than that. A fee of £30 million was forked out to acquire Jimenez in April. Assuring the Cameroon international he will get sufficient game time, something entirely possible due to their Europa League campaign, should be enough to persuade him to join.

If not, another possibility is Porto's highly-rated Moussa Marega. His links to Wolves are getting stronger by the day. He'd no doubt boost the team's attacking options. Reports suggest it will cost £30 million to prise the Malian away.

There is, however, a troubled past between Marega and Nuno. Immediately after taking over at Porto, the Wolves boss sent the player out on loan. Marega spent the full 2016/17 season at Vitoria Guimaraes, where he scored 13 Primeira Liga goals in 25 games.

Since then, Marega has spoken about his relationship with Nuno in an interview.

If Nuno had stayed, I would have done everything to leave FC Porto. It would have been difficult for me, because I have great respect for this club. Nuno Espirito Santo told me after a few days of training that he does not know me and that I have to look for a club. We were a few players removed from the first team, to train apart. It was then that there was this loan to Guimarães.

Marega returned to the Estádio do Dragão after Nuno's departure to become a key figure, netting 33 times in 57 league matches. That's the reason he's caught the attention of many top clubs. The frontman hasn't mentioned working with his former manager again. Perhaps the right price will convince Porto to sell and the two men can forget their past problems.

Wolves' potential outgoings include striker Rafa Mir. The Spaniard spent this past season on loan at Las Palmas. It seems a deal to negotiate a permanent move is unlikely due to the player's wage demands.

Mir, who is currently representing the Spain under-21 side which has reached the Euro semi-finals, will hope his form is enough to convince clubs to jump in this summer. La Liga's Real Zaragoza are rumoured to be on standby. Scoring 7 league goals in 19 starts for Las Palmas should entice additional suitors.

For Wolves, they don't require a busy summer. A smart one will do. Adding a few players to their already-strong squad will help secure another top-half finish next season. Who knows, bringing in the right quality could even push them to challenge the big six.