Xherdan Shaqiri proving his worth at Liverpool

Xherdan Shaqiri made his dream move this summer. After frustrations at recently relegated Stoke City he signed with Liverpool. His ambition realised, what does this season hold for the Swiss superstar?

In July, Jurgen Klopp triggered the £13.5 million release clause in Shaqiri's deal with the Potters. The Liverpool boss saw the opportunity as not only a bargain but a huge plus for his team. The diminutive playmaker gives the Reds an extra dynamic. With Champions League games added to the fixture list, he provides depth, too.

The former Stoke winger has contributed already. He made his league debut for his new club coming on against West Ham at Anfield in August. His first start followed in September. Shaqiri's first major contribution for Liverpool came at Stamford Bridge in the Reds' second match against Chelsea in three days. Relieving a struggling Mo Salah, he set up Daniel Sturridge's long-range strike in the 89th minute.

Deployed most often as a winger, Shaqiri can drift inside to play a more central-attacking-midfield role. Despite standing a mere 5' 7", he is quick and surprisingly strong. Defenders must always beware his dangerous left foot. Being alert to his presence is one thing; stopping him another. Whether it's providing crosses and through-balls or taking charge for set pieces, he is a menace to opposing defences. The new man's talents are the sort that make teammates better. That said, those mates must bring something to the table. Working with Salah, Roberto Firmino and Sadio Mane rather than Eric Maxim Choupo-Moting, Mame Diouf and Peter Crouch brings out the best in Shaqiri. 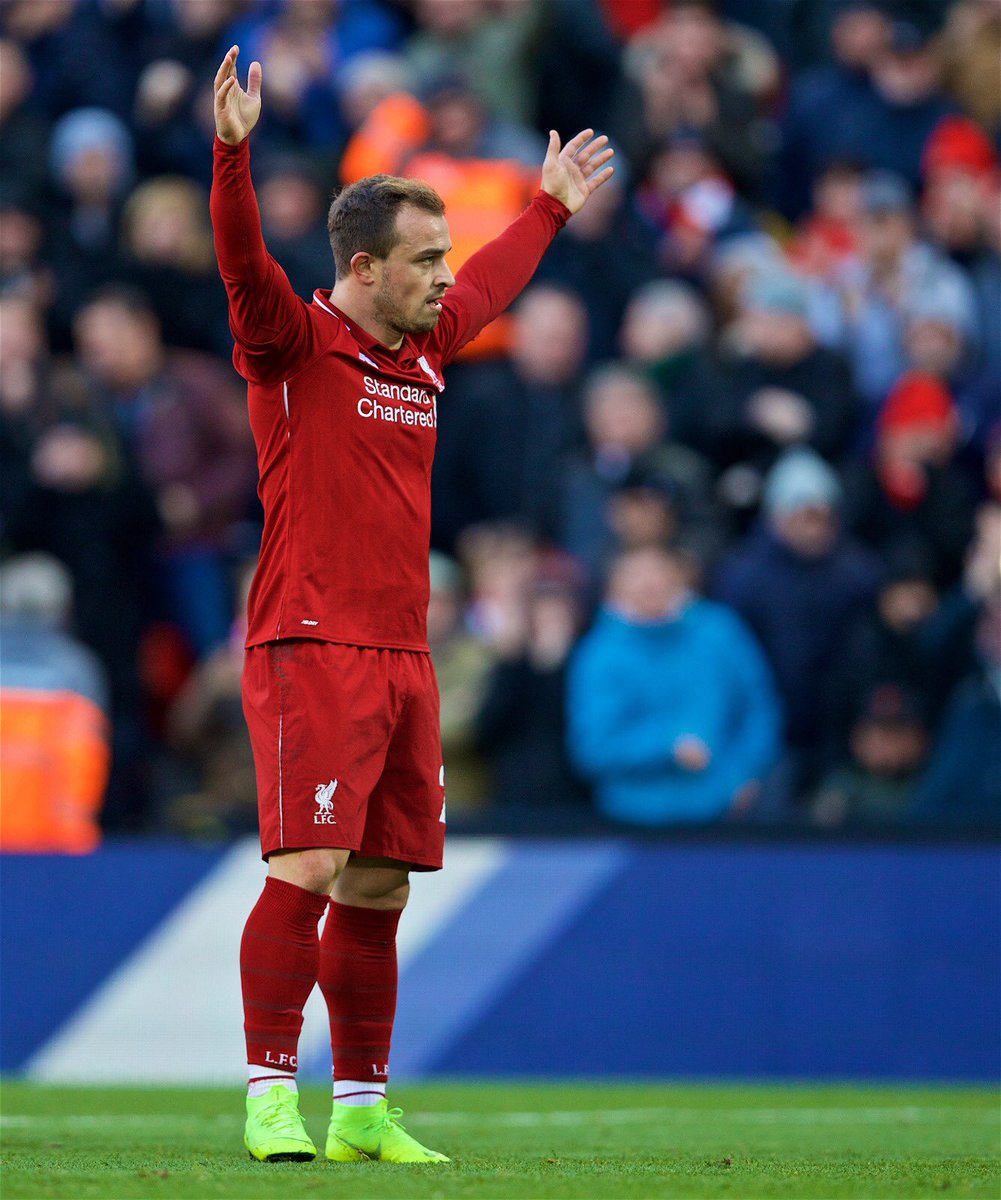 It isn't just the Premier League where Jurgen Klopp's side have found success. Liverpool made the Champions League final last season. it didn't turn out quite as they hoped, which is partially why the manager plucked Shaqiri from the Championship's jaws. The 27-year-old produced an assist against FK Crvena Zvezda at Anfield. Mo Salah's finish was the second goal in a 4-0 romp, the one that opened the door for the attack to roam at will. Just a few days prior at Huddersfield, he created another goal for the Egyptian.

Last weekend, despite coming on as a sub, Shaqiri scored his first Premier League goal for Liverpool. Again, it was at Anfield. Swiss-born, maybe, but evidently a Merseysider through and through. The strike came in a 4-1 win against Cardiff City. While not starting many games, Shaqiri looks to be loving his time in a Liverpool shirt, especially when playing at home. He may not receive the minutes he'd like, not in this squad, but he takes advantage of what's given. Surely, we'll see him contributing many more goals and assists this season. He isn't called "The Alpine Messi" because he's short and yodels.